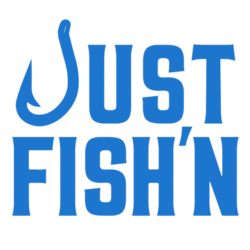 Just Fish’n is a family owned and operated fishing tackle store located in Bristol, VA. We pride ourselves on excellent customer service, knowledge and experience on local waters, and a great selection for the fishing enthusiast.

The cupped propeller configuration displaces soft but turbid water along the lure’s body-line releasing what is called “plum-effect”. Plum-effect is actually detected by the bass frontal nerve network is striated through the fore-region of the bass helping the bass feel pressure and vibration. This sensory matrix integrates with the bass instinctive predatory and territory responses.

Uniquely shaped body halves and angled ballast induce a shimmer motion and subtle body rotation called “Passive minnow vibration”. This occurs when the lure is paused or allowed to free-fall to another depth.

The tracking of the lure is significantly straight and purposeful. However, slow motion video also shows the lure exhibiting a “listing action” which is called “body-flash”. This flashing or reflecting during the retrieve has the tempo of a casual unassuming feeding minnow. The objective to display a non-stressed, highly regulated minnow, the precursor to neutral mode activity.

The 80mm slim body has been loaded with a total body weight of 9.4g. This heavy weight setting has provided it a casting ability unimaginable from its body size.

With the fast sinking rate, you will be able to trace a deeper range than your ordinary propeller-baits which tend to surface easier.

The micro pulsation created from the smooth rotation of the props, the natural rolling of the body from its straight action and its lush flashing will mesmerize most basses in the field.

Save this product for later
Display prices in: USD

This is a great tackle shop. Alison and Alan are super nice and knowledgeable. They are super organized and have the right stuff. It’s right off exit 10 of I-81.

Unbelievable place for all ur fishing needs and wants!The owners are out of this world helpful in anything u need fishing!

Awesome selection of baits and tackle of all kind. Worth the drive if you're not close. Staff was helpful and very friendly. 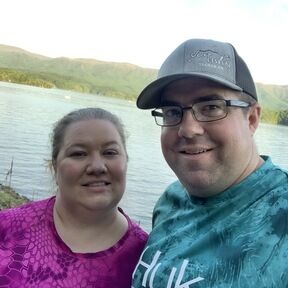 Alan Weeks has over 15 years of retail Fishing Tackle experience from the big box stores, so he knows what fisherman are looking for and what they can’t find at other places. At Just Fish’n we strive to carry sought after hard to find bass fishing tackle, including homemade baits made especially for local waters by local anglers.

Along with Alan is his wife, Alison Weeks. She comes from a business background to help manage the store and learn about bass fishing and fishing tackle while helping Alan.

Alan and Alison have 2 young children who they devote any time away from the store with. As a family they love to spend a day out on the lake bass fishing or taking the kayaks out.

We are located just between Exits 5 & 7 on Lee Hwy beside Pals.